When attacked, the Repair System emits Hornet drones. Even though an individual Hornet is weak, the system spawns them in great numbers, and a swarm of them can destroy even a heavily armored suit quickly.

If damaged but then left untouched, the Repair System will gradually heal itself.

Destroying this system will almost always be your first priority. The Hornets are the biggest obstacle to doing so: don't underestimate the damage they can do in a bunch. Due to the Hornets, and the system's ability to repair itself, speed and efficiency are your top concerns here.

If you have a Flamethrower you can do great damage quickly to the system quickly while also hosing down most Hornets right as they spawn. Don't forget that you can fire multiple weapons simultaneously, so if possible add some shotgun or machine-gun fire to the mix. If you don't have a Flamethrower, heavy explosives from far away also work well, for instance HE Rockets or HE Grenades.

In higher-level vessels you often get multiple Repair Systems, plus sometimes a Failsafe, and if they're far apart from each other, then destroying one, and then destroying the other before it can repair the first, can be challenging. You might bring a Remote Nuclear Demolition Charge, deploy and arm it by one system, then demolish the other system by conventional means and detonate the demo charge as soon as you've done so. Otherwise you can "distract" Repair Systems by destroying other systems: it seems like they work on a strict first-destroyed-first-repaired basis, so if you go around and destroy some minor, low-health systems first, you can then attack the Repair Systems without the threat of one repairing the other. 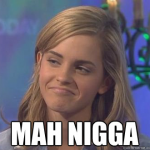